Watch Sifu Romain in a NEW segment on

Mention you saw us online to receive 10% off your first visit.

Register for our on-line training. Use promo code (stayyoung) and receive 50% off. 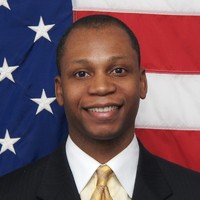 It is our goal to make sure you feel your best and stay that way. We realize that not everyone has access or the time to make it to a class. We have made it convenient and affordable for you. Now, you can train in the comfort of your own home with our on-line training program. Our videos are educational and easy to follow.

Learn how Tai Chi can help you to live a happier and healthier life.

Featured here will be articles and video clips featuring Sifu Romain, Dr. Oz's Tai Chi instructor. Sifu Romain has created this site to share and educate people on the various health benefits of Tai Chi. Below are a list of his accomplishments.

World Champion Master Karl Romain has been studying and training in Kung Fu since age 10. Master Romain is the owner and master instructor of the Edgewater Kung Fu Academy. Master Romain provides group and private lessons to several well known athletes and celebrities, and coordinates many off-site programs for various schools, municipalities and major corporations, in addition to making frequent personal celebrity appearances.

Would you like to learn more about us and our services?